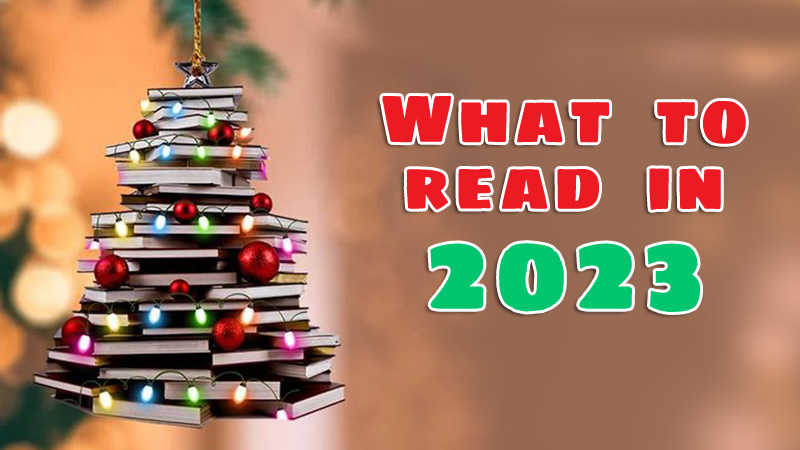 If you are looking for what to read in 2023, you must know reading a new book is an exciting experience that can transport you to new worlds, introduce you to fascinating characters, and challenge your perspective on the world. Whether you’re looking to escape reality for a little while or dive deep into a complex subject, there’s a book out there for everyone. So why not take a chance on a new title and see where it takes you? Who knows, you might just discover your new favorite author or find a book that changes your life.

The new year has its perks to introduce you to new books and authors. Here is a list of the most promising books in 2023 that you might consider reading.

Paul Auster, a novelist, teams up with photographer Spencer Ostrander to investigate America’s distinct fascination with guns. In this brief but powerful book, they delve into the disturbing data and history surrounding gun violence in the United States and how it is unparalleled in other countries. The book not only presents statistics, but also tells the stories of real individuals who have been affected by gun violence, including Auster himself, whose family has experienced the aftermath of a gun incident. This book is one of the most promising books in 2023 and if you are looking for what to read in 2023, here is your answer. 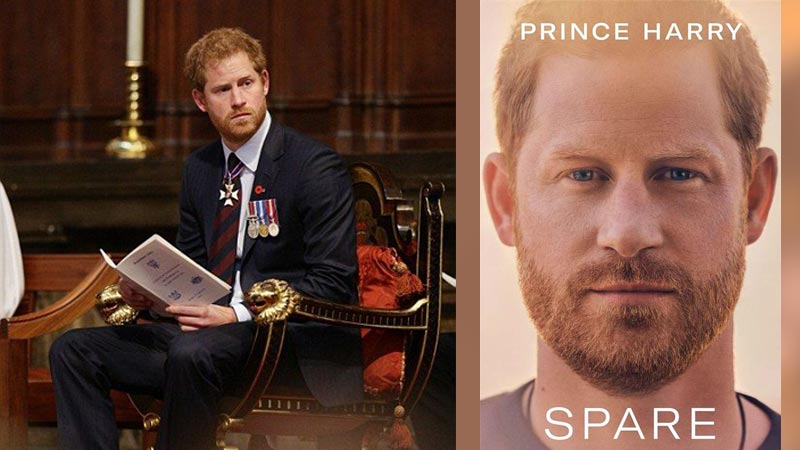 Prince Harry’s upcoming memoir will reportedly offer an honest and candid look at his experiences growing up as a member of the British royal family, particularly in the wake of his mother Princess Diana’s death. The book’s title, a reference to the phrase “heir and spare,” which refers to the unofficial nickname given to a younger sibling who is not the first in line to the throne, suggests that Harry will shed light on the dynamics and expectations within the royal family. The Duke of Sussex has already demonstrated a willingness to speak candidly about his experiences, as seen in the Netflix documentary series “Harry & Meghan,” which covers the couple’s decision to step back from their royal duties.

In Salman Rushdie’s latest novel, a young girl named Pampa Kampana has a divine encounter with the goddess of the same name in 14th century southern India. As a result of this encounter, Pampa becomes a vessel for the goddess and is imbued with the power to create a new city called “Victory City.” The novel tells the story of Pampa’s experiences as she witnesses the city’s growth and eventual decline over the course of 250 years. Through Pampa’s perspective, the reader gets a unique look at what it’s like to be at the center of the universe. This epic tale follows Pampa’s journey as she navigates the ups and downs of life in Victory City.

This book is one of the most promising books in 2023 and if you are looking for what to read in 2023, here is your answer.

Poverty, by America by Matthew Desmond 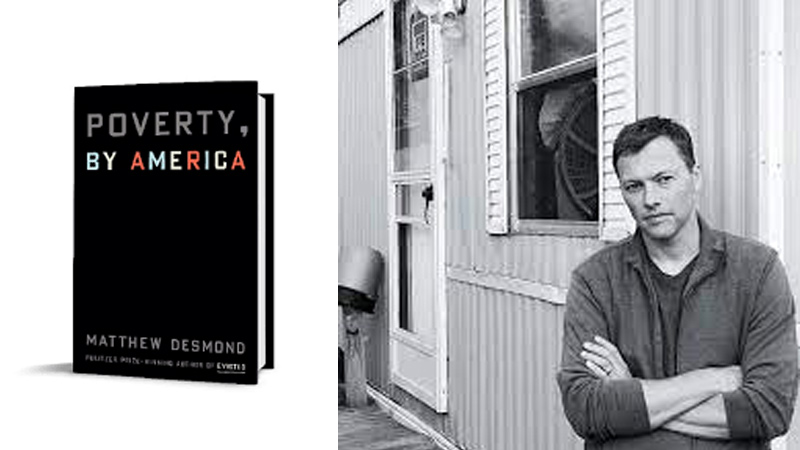 In his follow-up to the Pulitzer Prize-winning Evicted: Poverty and Profit in the American City, sociologist Matthew Desmond examines how the housing crisis in America is perpetuated by both wealthy and middle class individuals, and the role that poverty plays in this dynamic. Through extensive research and investigative journalism, Desmond sheds light on the ways in which the current system keeps the poor trapped in poverty, and offers potential solutions that could help to redistribute wealth and improve the prosperity of all Americans. While addressing this complex issue will not be easy, Desmond’s work offers a valuable contribution to the conversation and a roadmap for potential change.

Yara is placed on probation at work after getting into a physical altercation with a racist coworker. Her Palestinian mother attributes the altercation and its consequences to a family curse, but Yara does not believe in superstitions. As Yara reflects on her strict and often volatile childhood in Brooklyn, she begins to examine the root causes of her feelings of dissatisfaction in her life, which is a far cry from the life her mother had dreamed of for her. In “A Woman Is No Man,” Etaf Rum delves into the complex relationship between mothers and daughters and the lasting impact of intergenerational trauma, exploring what it takes to break the cycle of abuse.

9 Benefits of a Book Club (And Why You Should Join One!) 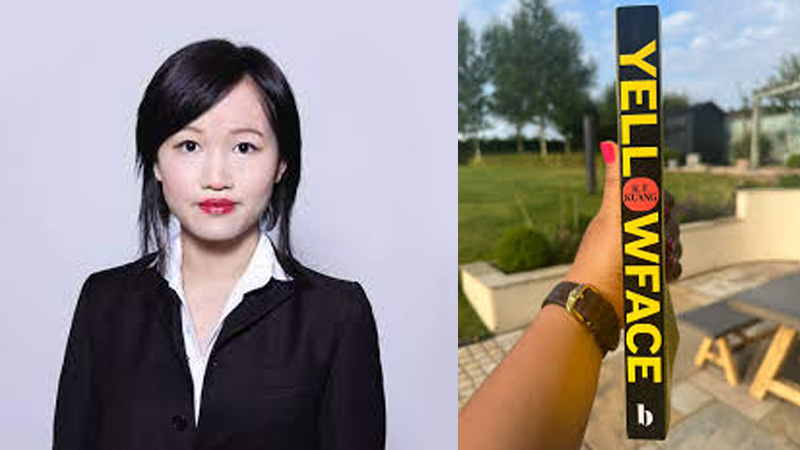 In R.F. Kuang’s latest novel, “Yellowface,” the main character June Hayward, a white woman, appropriates the work of her late Asian American friend Athena Liu and passes it off as her own. Despite initially seeing her actions as a tribute to Athena, June’s deception is eventually called into question as she becomes a best-selling author. The novel serves as a critique of white privilege and the harm caused by cultural appropriation. As June’s fame grows, it becomes clear that she is willing to go to great lengths to maintain the identity and success that she has not rightfully earned.

The Harvard Study of Adult Development has been ongoing for 85 years, with the goal of understanding how to live a longer, happier life. Robert Waldinger and Marc Schulz, the current directors of the study, have found that having close relationships with others is crucial for a fulfilling life. They have written a book with tips on how to form meaningful connections with other people.

In conclusion, the start of a new year is the perfect opportunity to reflect on the past and set goals for the future. One way to do this is by picking up a new book (or a few!) that will inspire and educate you. Whether you’re looking for a thought-provoking novel, a self-improvement guide, or a thrilling mystery, there is a book out there for everyone. So make a resolution to carve out some time for reading in the coming year, and you’ll be well on your way to a more enriched and fulfilling life. Happy reading!

Keep your place in a book without damaging the pages with our wooden bookmark. Made from high-quality materials and available in a range of colors and designs, it’s both practical and stylish. Use it in any type of reading material, from books and magazines to planners. Its compact size means it won’t add bulk, and it’s easy to take with you wherever you go. Upgrade your reading routine with our wooden bookmark.

How to create a reading challenge for yourself

If you're an avid reader looking to up your game, then creating a reading challenge for yourself is a... read more 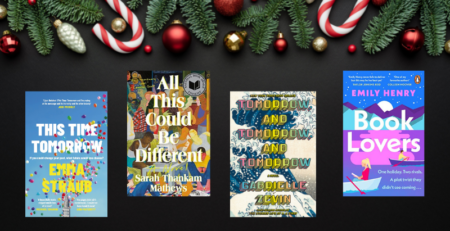 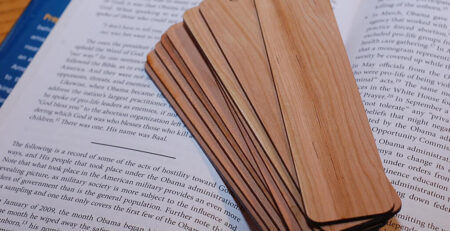 8 Best Blank Wood Bookmarks for Creating Your Own Designs

Looking for the best blank wood bookmarks? Making your own bookmarks is an exciting project, no matter whether you’re... read more 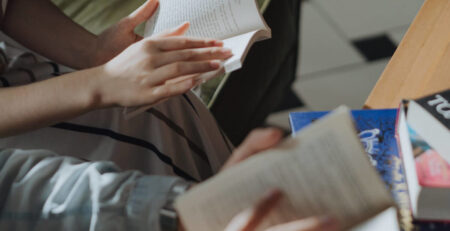 9 Benefits of a Book Club (And Why You Should Join One!)

Wondering what are the benefits of a book club? Trying to decide if you should join one? Here are... read more

How to create a reading challenge for yourself